To date, the posts on this site have focused on telling the story of a network of interrelated nineteenth-century Glasgow families across three generations. In the course of writing about these families, I’ve mentioned in passing their connections with the Caribbean colonies, and particularly with Jamaica. The time has come to focus on those associations more closely.

A Jamaican sugar plantation in the early nineteenth century

In some ways the central figure in the family history I’ve been relating is Penelope Thomson (1777 – 1847), the daughter of Glasgow saddler John Thomson (1741 – 1818). Penelope was married, firstly, to George Robb (1769 – c. 1811), the merchant who I believe to have been the older brother of my 3rd great grandfather Charles Edward Stuart Robb (1779 – 1853). Her second husband, John Young, was a retired West India merchant and Receiver-General of Jamaica. He was the son of a previous post-holder of the same name, and connected via his mother to the Mitchell family, a number of whom were prominent sugar plantation owners in Jamaica.

A number of Penelope Thomson’s siblings and half-siblings also had connections with Jamaica.  Her brother Thomas Thomson, who was born in 1766, served as an attorney in St Elizabeth parish in Jamaica. He is said to have fathered a mixed-race son named George by his wife Jane White in 1803. Thomas Thomson died in the same year, at the age of 37, in Bermuda, where he had travelled for his health.

Another brother, Colin Thomson, who was born in 1768, was a merchant in Glasgow, but as a young man spent time in Jamaica, also in St Elizabeth parish, where he is recorded as serving in the local militia in 1788. He may also have lived and worked for a time in St Kitts, before his return to London and eventual death there in 1819. We know from his will that Colin fathered a daughter named Ann by a mulatta woman.

Archibald Thomson, the youngest of the Thomson siblings, was until his death in 1821 the proprietor of the Hillhead estate in St Elizabeth parish, Jamaica, and the owner of a considerable number of slaves.

Their Jamaican ties meant that members of the Thomson family were, like many other merchants with roots in Scotland, implicated in the iniquitous slave trade. Their names are listed among those who claimed compensation after the trade was abolished. According to the Legacies of British Slave-ownership website :

In 1833 Parliament finally abolished slavery in the British Caribbean, Mauritius and the Cape. The slave trade had been abolished in 1807, but it had taken another 26 years to effect the emancipation of the enslaved. However, in place of slavery the negotiated settlement established a system of apprenticeship, tying the newly freed men and women into another form of unfree labour for fixed terms. It also granted £20 million in compensation, to be paid by British taxpayers to the former slave-owners.

The Legacies project has published a list of Scottish former slave owners who claimed compensation in the 1830s. It includes Archibald Graham Lang and his wife Jane or Jean née Robb, who was the daughter of Penelope Thomson and her first husband George Robb. Their claim is numbered 107 and relates to the May Day estate in the parish of Manchester, Jamaica, which was to the east of St Elizabeth parish.

Also associated with this claim are the names Elizabeth, George, Jane and John Robb. I believe that these were the four children of George Robb and Penelope Thomson, and that the name of Jane, who by this time had been married to Archibald Lang for three years, has been counted twice by mistake. The claim was made in 1836 when George Robb junior would have been 30 years old, Elizabeth Robb 29, and John perhaps 28, if still living (though see below). By this date their mother Penelope was twice a widow: her first husband George Robb senior had died in 1811 and her second husband John Young had died in 1827.

The details of the claim itself are illuminating. Made on 4th April 1836, it relates to ownership of 66 slaves and is for a total of £1299 14s 6d. The notes in the Parliamentary Papers, reproduced on the Legacies website, read as follows:

Claim from James McCatty, of Manchester, as executor of John Thompson (deceased). Counterclaim inter alios from Herbert Jarrett James, ‘for his taxed bill as Master in Chancery’, withdrawn conditionally on Messrs Hawthorne & Shedden receiving £900 from a Mr Morrice (the agent of the claimant). Counterclaim also from George Robb, Archibald Graham Laing & Jane (his wife, formerly Jane Robb, a spinster), and Elizabeth Robb, all of Scotland, by J.G. Vidal, as administrator of John Robb, late of Scotland, a gentleman.

From this we learn that the compensation claim made by Archibald Graham Lang or Laing and his wife, together with the other Robb siblings, was actually a counterclaim against the estate of the late John Thompson (elsewhere spelled Thomson). We also learn, incidentally, that John Robb had died by 1836, and that the claim was made in part on behalf of his estate.

Could the John Thomson named here be the father of Penelope, Thomas, Colin and Archibald, and the grandfather of Jane, Elizabeth, George and John Robb? Alternatively, might it be his son, born in 1772, about whom we know very little? Without further information, it’s difficult to determine whether the claim by Lang and his Robb in-laws was as heirs of John Thomson, or whether they had an interest in the estate in their own right. Certainly, the inventory published on the death of John Thomson senior in 1818 makes no mention of any property in Jamaica, and he died intestate. A John Thomson of Montrose, late of Jamaica, made his will in 1814, but James McCatty’s name does not appear in that document.

Apparently James Ingham McCatty, the executor of John Thomson’s will named here, was born in 1799 and married Anna Maria Heron in 1829. They had eight children, of whom at least one – their daughter Anna – was born in Manchester, Jamaica. So ‘of Manchester’ in the claim notes almost certainly refers to the Jamaican parish, rather than the English city. Information elsewhere on the Legacies site describes McCatty as a ‘resident planter’. He is listed as the claimant for two other estates in Manchester parish, both of them as executor for John Thomson. There is one claim for the Woodside estate, which had 45 slaves, and two claims for the Glasgow estate, for 27 and 57 slaves respectively.

Archibald Graham Lang’s profile on the Legacies of British Slave-Ownership site (which kindly cites my ‘Past Lives‘ blog as a source) describes him as a partner in the firm of Wighton, Gray, who had premises at 221 Buchanan Street in Glasgow. In addition to the Jamaican claim, Lang’s name is associated with two claims in Trinidad: No. 549, made with two other partners in his company, and Thomas Roxburgh of Port of Spain, trading as Gray Roxburgh, and No. 1898, for the Friendship estate, of which Lang is described as joint owner. The list of Scottish former slave owners describes Archibald Graham Lang as a merchant and as an absentee claimant. 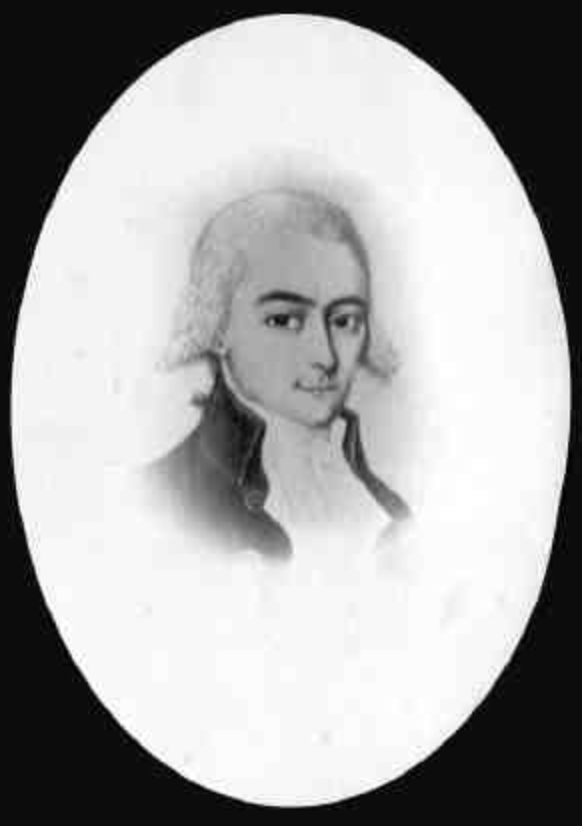 John Robb’s claim to compensation was entered by the administrator of his estate, since John is described in the claim notes as ‘late of Scotland, a gentleman’. The name of his administrator is given as J.G.Vidal. This was John Gale Vidal, whose profile on the Legacies of British Slave-ownership website describes him as ‘a resident planter and attorney in Jamaica, long-serving Clerk of the House of Assembly, eldest son and principal heir of John James Vidal and Elizabeth Wade Vidal.’ John James Vidal is described on the Legacies site as a ‘slave-owner and then annuitant of Berkshire Hall estate in Jamaica’ who died in Clifton, Gloucestershire, in 1823. His wife Elizabeth’s maiden name was Allwood; she was born in Jamaica and died in Devon in 1858.

John Gale Vidal was born in Jamaica in 1792, the eldest of seven children. Two of his younger brothers – Francis and George – became clergymen. John served in the Jamaican militia, rising to the rank of Captain. He became an attorney at the age of 20 and held a number of important offices in the colony up until the time of his death from cholera in 1850.

The fact that a Jamaican attorney acted as administrator of his estate suggests to me that John Robb was either a fellow resident of the island, or an absentee owner with interests there. I’ve yet to find a record of John’s birth, but I believe he was probably born in Glasgow 1808 or thereabouts (his parents married in 1805, and his siblings were born 1806, 1807 and 1810; his father George died in about 1811). Nor have I come across a record of John’s death, but obviously it predated the claim, which was made in 1836, meaning that John was probably a young man in his late twenties when he died. As we have seen from the experience of John Vidal and others, his relative youth would not have precluded John Robb from already having qualified as a lawyer and/or establishing himself as a merchant or plantation owner.

The possibility that John Robb lived and worked in Jamaica before his early death makes the connection between the colony and my direct ancestors closer than I had imagined. Perhaps John’s father George Robb, a Glasgow merchant, also had interests in the island? And if George was indeed the brother of my 3rd great grandfather Charles Robb, then might the Jamaican connection throw light on the mysterious origins of my 3rd great grandmother Margaret Ricketts Monteith, whose middle name, as I shall outline in a forthcoming post, hints at an association with another prominent Jamaican family?

My other history blogs