In the last few posts I’ve described the lives of the three surviving children of Penelope Thomson and her first husband, Glasgow merchant George Robb – George junior, Elizabeth and Jean or Jane.  As I related in an earlier post, following George senior’s death in about 1811, Penelope married again, to retired West India merchant and former Receiver-General of Jamaica, John Young.  They had three children together – Penelope, Janet and John. In the next few posts, I’ll relate what became of them. 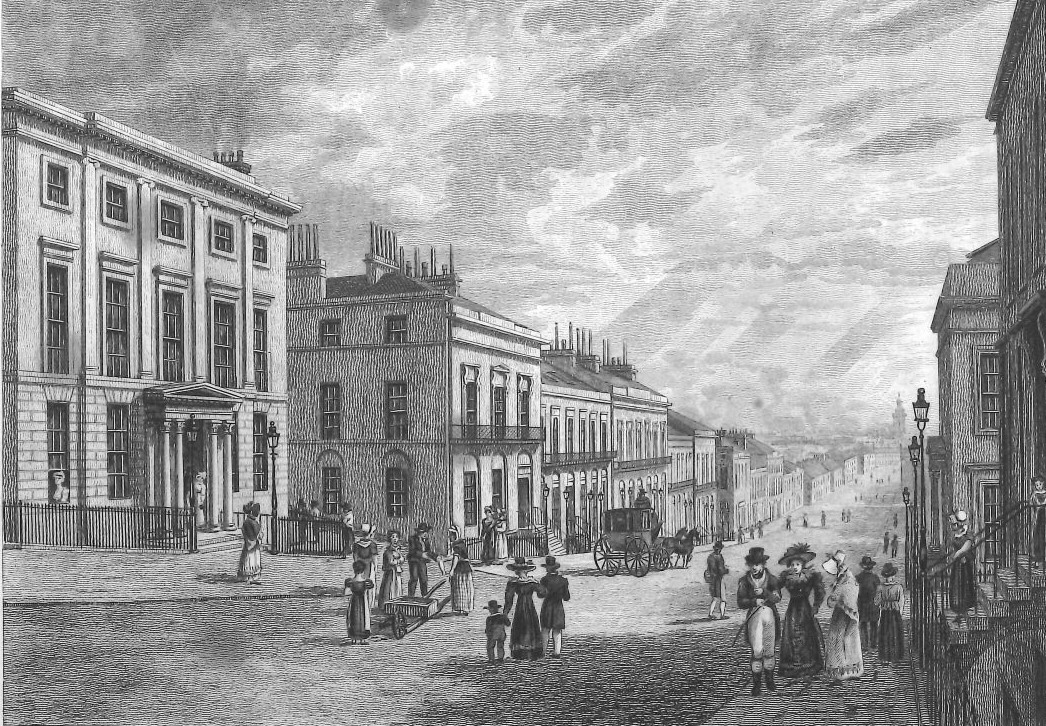 If the title of this post is somewhat confusing, it’s because the marriage of Penelope Young, formerly Robb, née Thomson’s daughter Penelope, was yet another example of intermarriage within the extended Robb-Thomson-Young family – not to mention the family’s habit of using the same Christian names in successive generations. As I’ve noted before, the elder Penelope’s son from her first marriage, George Robb junior, married his cousin Jane Sharp Thomson, the daughter of Penelope’s half-brother Henry Thomson, in 1831. In the following year, on 24th January 1832, his half-sister, the younger Penelope Young, married Henry’s son John Thomson, a wine merchant.

At the time of the marriage, John Thomson was living in Blythswood Town, Glasgow. He was 21 years old, while Penelope can only have been 16 or 17. John and Penelope Thomson had three children. Their first child Penelope was born on 23rd January 1834, when the couple’s address was given as Meadow Park, the mansion on the eastern edge of the city where Penelope had grown up. The witnesses to the baptism were Penelope’s half-brother George Robb junior and Archibald Graham Lang, the husband of her half-sister Jean. A second daughter Joanna was born on 17th February 1836. The witnesses were Jackson Walton, who had married Penelope’s sister Janet Young in the previous year (and whom I’ll write about in a later post), and John Burns, who would marry her half-sister Elizabeth Robb in August of that year. A third child, George, was born on 8th March 1838. The witnesses were Penelope’s brother John Young and her half-brother George Robb. John Thomson died in the following year. He was 28 years old.

Some time ago, my fellow family historian Diane Babington informed me that John Thomson had a partner in his wine business by the name of John Monteith. This was also the name of the father-in-law of my 3rd great grandfather Charles (younger brother of George Robb senior). If this is indeed the same Monteith family, then it suggests one way in which Charles might have met his wife, my 3rd great grandmother, Margaret Ricketts Monteith.

My other history blogs